Reits seen as a viable funding source for China's rental home builders, with US$77.6 billion required in short-term 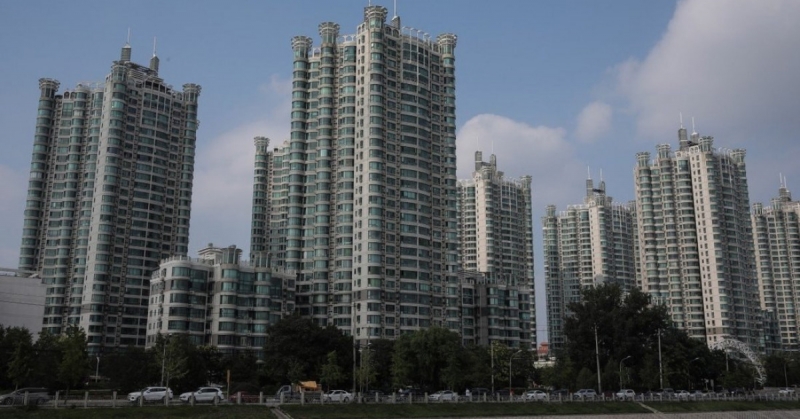 Residential buildings in Beijing, where the government has earmarked 10 per cent of fresh residential land supply for constructing rental homes. Photo: EPA-EFE

China is likely to soon give the go-ahead to the first batch of real estate investment trusts (Reits) backed by rental homes, as local governments ramp up efforts to lower the cost of living for young professionals and tame soaring property prices.

The asset-backed securities, offering developers a new funding source, will effectively support construction of rental homes, which could amount to 500 billion yuan (US$77.6 billion) over the next five years, according to analysts.

While Reits allow owners to raise cash from a bunch of valuable but illiquid assets, they also give investors an avenue to invest in them and collect regular dividends from rents earned by underlying properties.

In June, China launched the country's first Reits on the Shanghai and Shenzhen stock exchanges in a pilot scheme, all of which were greeted with enthusiasm by investors. Nine Reits in total were issued by infrastructure companies.

Now, regulatory sources said that property developers, including those who develop and manage rental homes, could be next to launch Reits.

JLL predicted in a research report released last month that the annual rental income of home-leasing operators could top 1 trillion yuan a year as millions of residents relocate to different parts of the mainland to work and live.

For China's most developed metropolises like Shanghai and Beijing, where non-local professionals baulk at the lofty home prices, an ample supply of rental homes is seen as an important part of those efforts to enhance the cities' competitiveness and attract talent.

Shanghai, the commercial and financial capital, has pledged to build 220,000 rental homes and hostels with 200,000 beds for young professionals by 2025.

Beijing has earmarked 10 per cent of fresh residential land supply for constructing rental homes under the 14th five-year plan, which runs until 2025.

"The rental market needs to be developed sooner rather than later," said Yin Ran, a Shanghai-based angel and property investor. "The governments at various levels are taking a positive stance on the sector because it benefits economic and technological development."

Developers and managers of home-leasing business require sufficient capital to meet the goal set by the government, which could come from listing Reits.

China considered launching a domestic Reits market in the early 2000s, believing it could give developers an alternative source of funding to bank loans and debt offerings. However, top policymakers, worried by fears of a property market crash did not grant Reits the go-ahead until this year.

Despite the "three red lines" requirements introduced by the government in August last year to cool the red-hot residential market, developers such as Shanghai-based Cifi Holdings are actively building rental homes to cap surging housing prices.

"Reits are a perfect match for rental homes," Xiong of JLL said. "It provides developers an exit from finished projects with fresh funds raised to expand construction of new rental homes."

Projects that can generate annual returns of 4.5 to 5 per cent will be the top candidates to pioneer the issuance of Reits among rental home builders, he added.